After travelling up from Lima to Canta on Saturday we found a hotel at a reasonable cost with average accommodation. The Cancay Vento Hotel was comfortable enough but you have to be quick if you want a warm or hot shower. The hot water does not last long. Tired from the early start and the arduous journey, I had an early night and was up early raring to go the next day.

Things went somewhat awry, as our travelling companions of the previous day were not going to be joining us due to some family matter, as far as I could tell. So, after breakfast, Sonia and I decided to join a minibus tour about to depart for the local highlights. This was to include a visit to some small lakes at 4,500 metres above sea level, a height I had never attained before without the aid of an aeroplane. Having read about altitude sickness, I was prepared for it, should it occur. Canta, where we had stayed the night is at 2,800 metres and I was feeling fine.

The first stop we made was aptly named San Pedro. 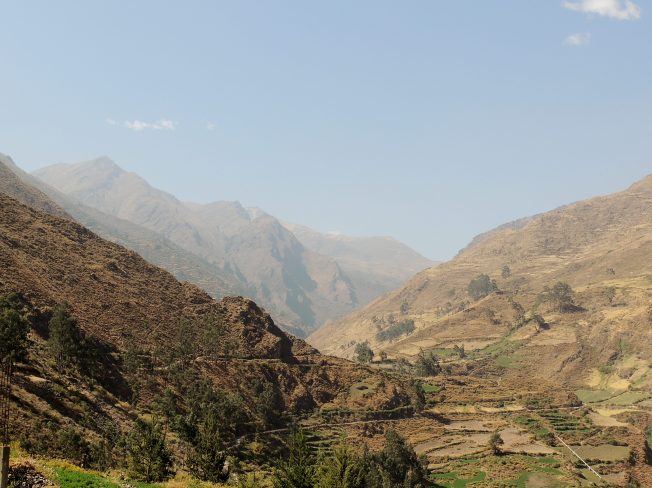 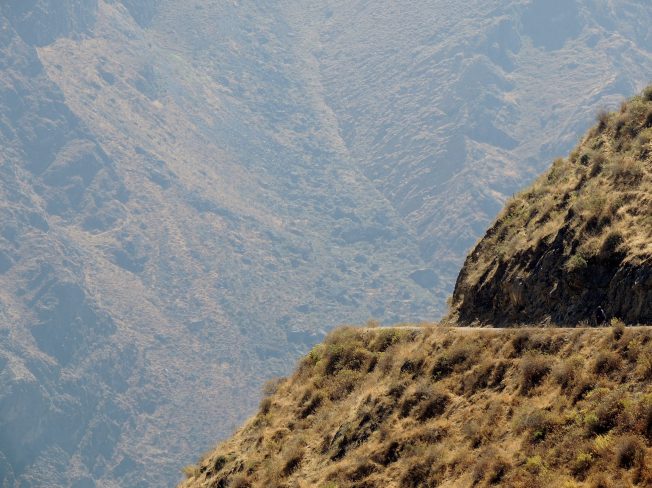 A view of the road we were on. A 3 point turn would be interesting. 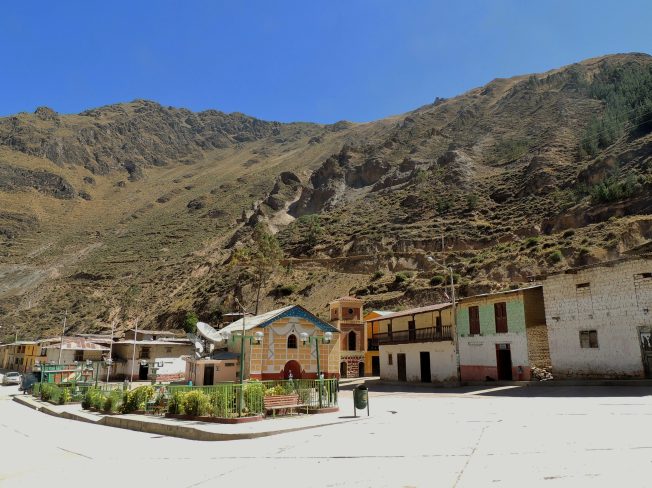 The quaint village of Cullhuay  let down by discrimination against men.  The gents toilet was locked. 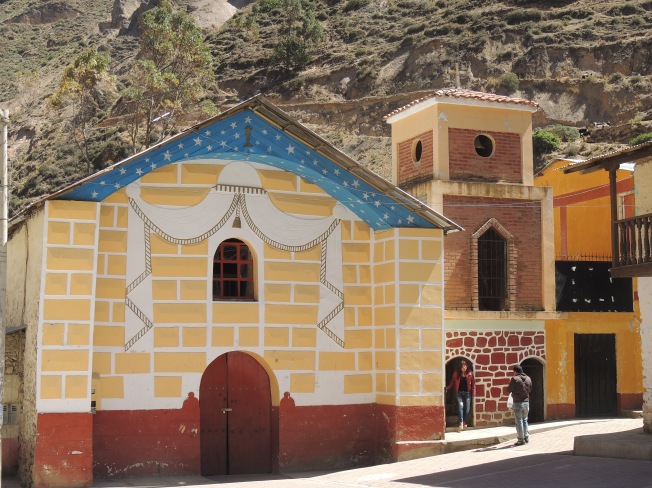 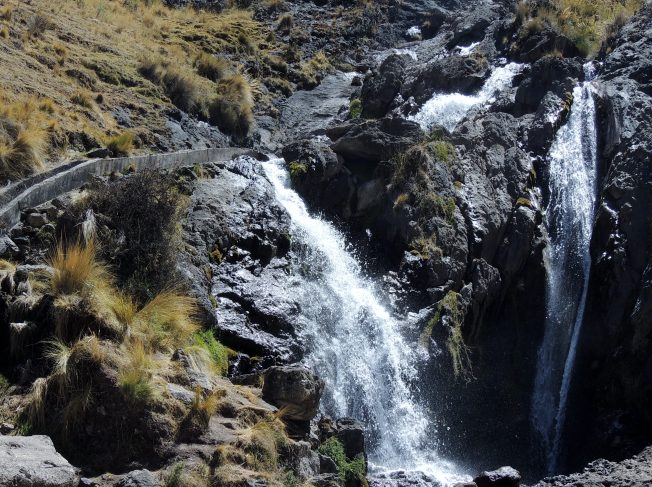 On to the waterfall. I had to wait ages to get a picture without people. Incredible how crowded it can get. 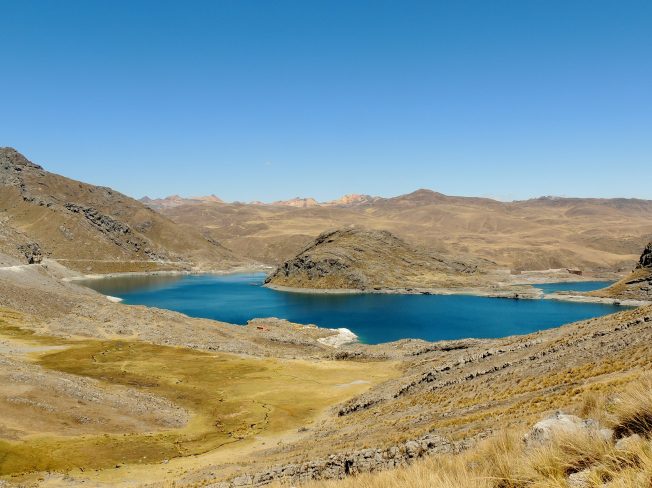 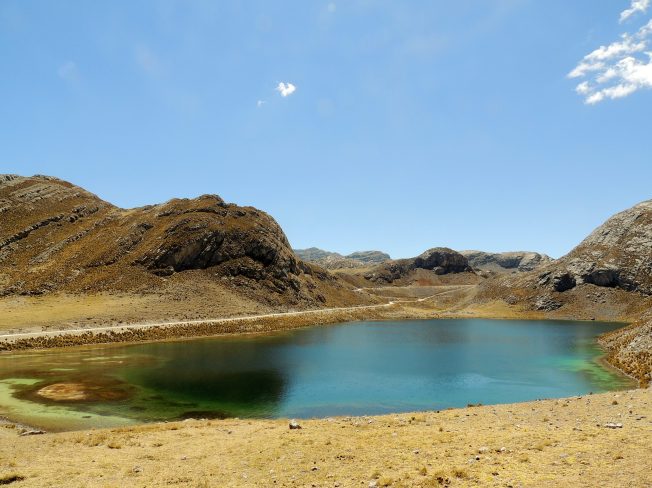 I could just see the top of the roof of this bungalow from the edge of the lagoon so set off at sub-mountain goat speed, which slowed to sub-tortoise speed as the altitude started to affect me. It was worth it though. 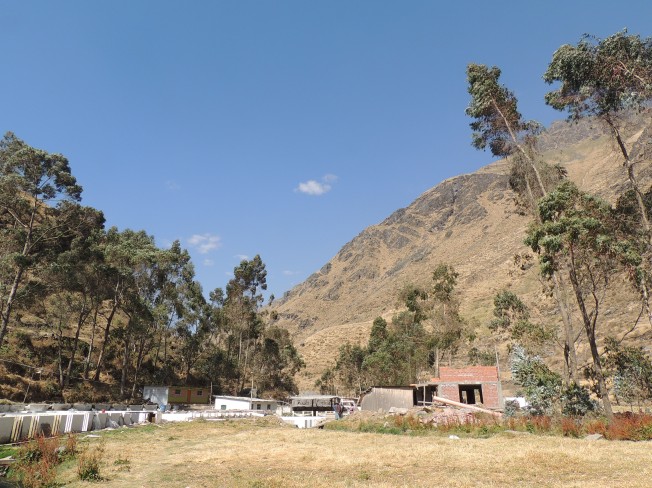 On the way back we stopped for lunch at a trout farm, Picigranja Huaras. Yes, trout again but it was fresh from the tank to the table. The farm is situated in a picturesque valley. 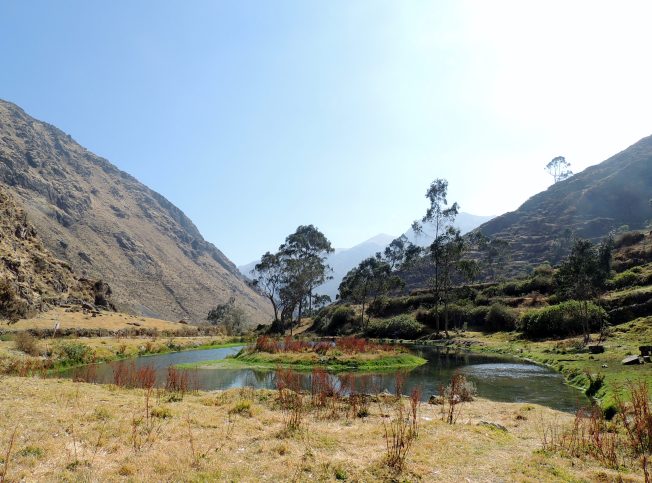 That was the end of the tour. I have to give credit to the minibus driver as he was fully competent and did not give any anxious moments. Also the journey back to Lima was easier as it was Sunday evening and there was not much work taking place. When the roadworks are complete, the Canta region and Obrajillo, in particular will deservedly get a boost in visitors.

2 thoughts on “Waterfall and Lagunas”